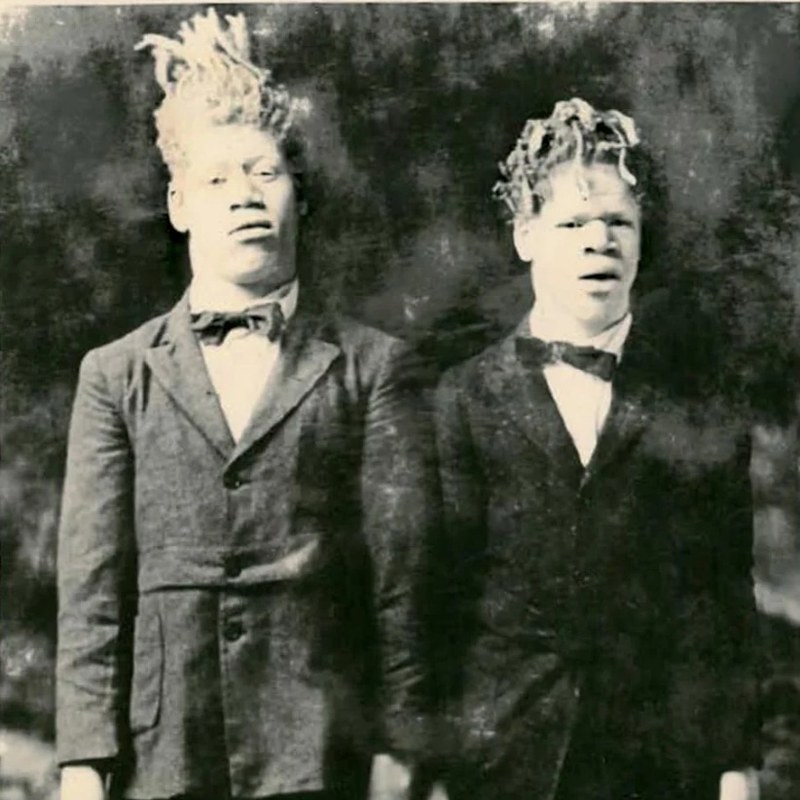 Originally born in Truevine, Franklin County, Virginia, the albino grandsons of former slaves, they were just children when a white man, termed a bounty hunter for traveling circuses, aka, freak shows, lured them from the tobacco field they were working in, with a piece of candy.

Sold to the Ringling Brothers and P.T. Barnum Circus- yes, 'The Greatest Show on Earth', they were given the names Eko and Iko.

For 13 years, their mother Harriet waited for them to come home, moving from Truevine to Roanoke. VA- to the long vanished neighborhood known as Jordan's Alley in the West End. ( Just outside of the area known as Gainsboro- a predominately black historic neighborhood, and directly across from Hotel Roanoke, in what was considered 'Downtown'. West End was gone by the 1940s. )

She finally got her wish in 1927, when the circus rolled into Roanoke. But it wasn't easy, they had money, lots of it and she was a poor working woman. Still, fight for them she did. They finally came home, throwing themselves into her arms upon seeing her at the train station.

In 1928, it appears that the brothers went back to the circus, their mother having won not only backpay, but a contract and wages- that was still skimmed by the circus- for them. They sent her money out of those wages, that allowed her to buy a small farmhouse to live out her days.

Harriet passed of a heart attack in 1942 and was buried in an unmarked grave in a then segregated cemetery. The brothers returned for her funeral.

Their descendants live in Roanoke and surrounds, to this day.