It starts with the 1848 Treaty of Guadalupe Hidalgo. 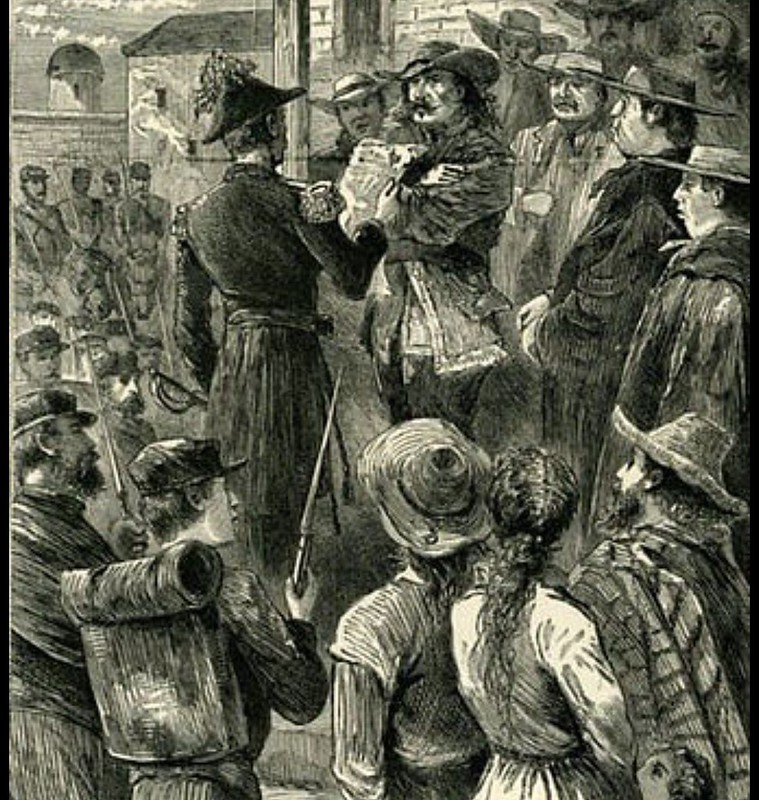 The treaty extended the choice of US citizenship to Mexicans in the newly established territories, even before blacks, Chinese and Native Americans were eligible, giving them a year to accept or relocate. Many accepted it. Tensions are already high among the white settlers already in the area, with resentment towards their now Mexican -American neighbors.

In 1849, the Gold Rush brings an influx of white settlers, further raising tensions. Many settlers 'acquired' Mexican owned land by simply squatting on it- by living on and working it themselves. Even mining was racially segregated as white settlers pressured Congress to restrict mining jobs to whites only.

By 1850, the Spanish speaking community of California alone had shrunk to 15%, and Mexican-Americans were subjected to robberies, arson, lynchings and other racial violence.

Many Mexican-Americans were ranchers in California at the time. Because rancheros were given citizenship, it ignited serious tensions among white settlers, who resented their former Mexican neighbors. Many formed 'anti-Mexican' vigilante groups.

In 1851, the California Land Act forces Mexican-Americans to have to verify ownership of their lands. For many, it took 17 years to validate their lands. Others are never able to due to a corrupt system and lose their lands to white settlers.

In 1856 severe drought hits the area, forcing many to have to sell and relocate. The ranches were snapped up by whites who switched over to farming instead.

To this day, there are still resentments, failed protections, broken promises and racial tensions stemming from this Treaty.
Tags: history we should know, montage