Aug 2, 1942, Sleepy Lagoon swimming hole, Commerce, Ca, Jose Gallardo Diaz was found unconcious & dying on the roadway. He was transported to the hospital where he later died. During the autopsy, it was found he was drunk from a party the night before & had suffered a fracture at the base of his skull, either caused by repeated falls or being hit by a vehicle.

LAPD was quick to arrest 17 Latino youths & charge them w/ the crime, holding them on charges of murder, despite insufficient evidence. On Jan 13, 1943, 12 were convicted of 2nd degree murder, & sentenced to serve in San Quentin, the rest are convicted of lesser charges & held in the LA County Jail. **

This is a precursor to the 1943 Zoot Suit Riots. 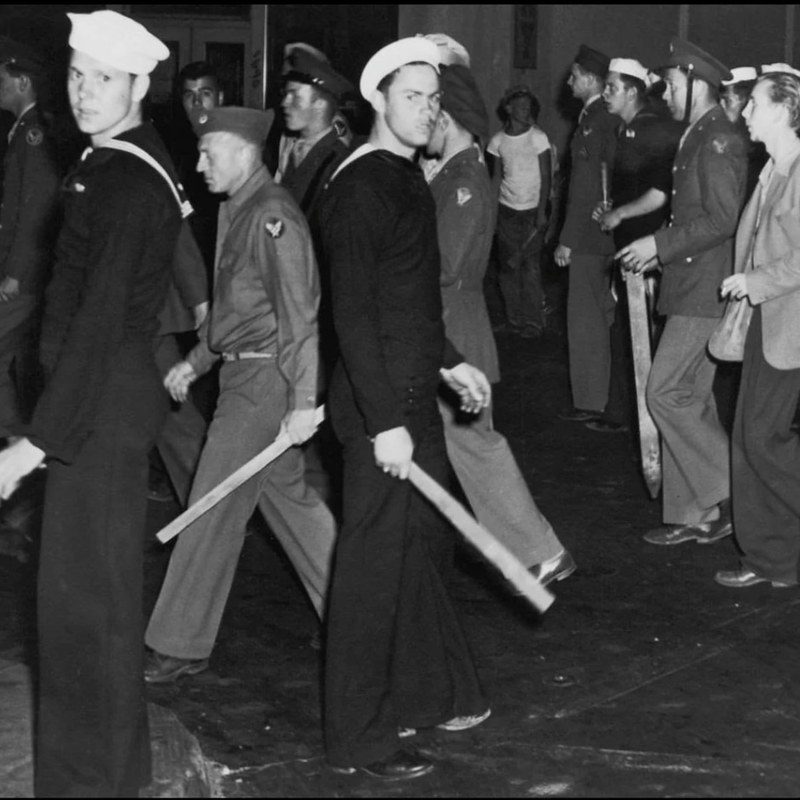 May 30, 1943, roughly 200 white sailors & soldiers targeted & attacked Latino youth, who often wore colorful, distinctive outfits they called Zoot suits, after rumors spread of a sailor being stabbed. Racial tensions were aready high, so they were especially hostile to the wearers of such suits, seeing them as flagrant disregard for wartime fabric rationing. Any they saw wearing such a suit were attacked, beaten w/ belts, ropes, bats, etc, then stripped of their clothes.

Law enforcement refused to intervene in support of the Latino youth, instead charging them w/ vagrancy, arresting many who had just been beaten.

May 31, 1943, a group of sailors encounters a group of young men & women wearing zoot suits, attacking them, causing one sailor to come away w/ a broken jaw. Word rapidly spread among servicemen in the area.

June 3, 50 armed sailors, left the Naval Reserve Armory, heading into the streets of LA, to 'avenge' the beating of the sailor.

June 6, violence spreads to Boyle Heights, into predominantly black neighborhoods. There, the zoot suiters join with the black residents and start to fight back. 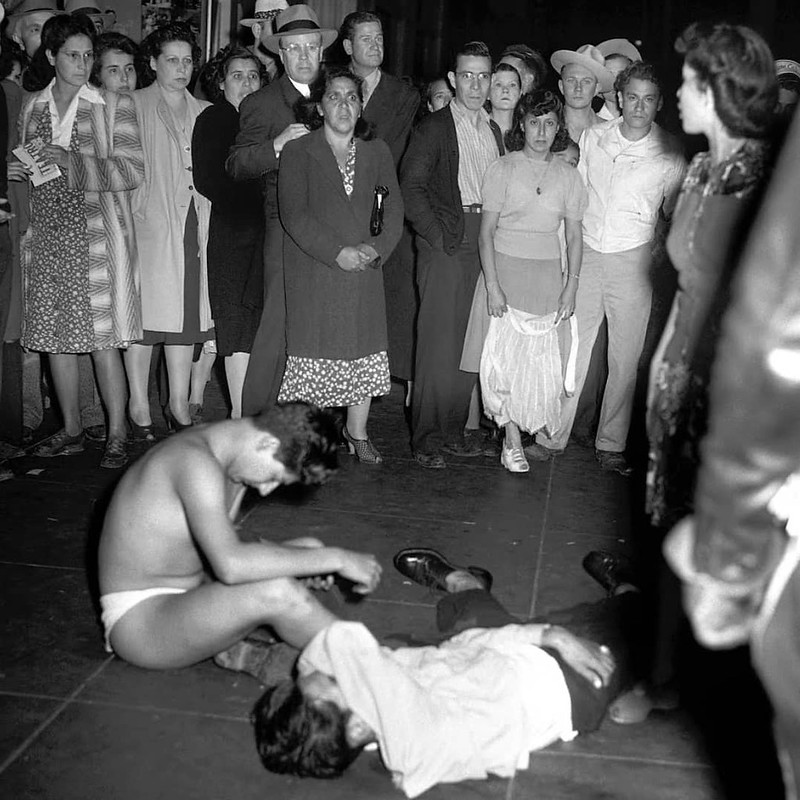 June 7, a Latino man is beaten & stripped, after exiting a theater with his date. He is then arrested for disturbing the peace.

June 8, the violence subsides, after servicemen are restricted and banned from traveling into LA. Zoot suits are then banned by LA City Council.

Similar riots break out across the country, in places like Chicago, Detroit, New York City. In nearly all riots, hispanics are blamed and arrested instead of the actual perpetrators.

** All charges are later overturned and dropped.